Bill Purse is a Sponsored Artist by: 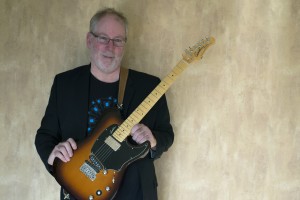 “Bill Purse is a nationally distinguished performer who integrates virtuoso guitar skills with state-of-the-art music technology. A top-flight guitarist and vocalist, his wide range of musical experiences from rock, to Broadway, to Vegas shows, to the jazz concert stage allow Bill to bring years of professional experience to all of his multifaceted musical performances.” -Bob Benedetto

Bill Purse handles a wide variety of musical styles from jazz to classical to rock to contemporary and pop with his original computerized digital backing tracks that create his own unique “One Man Orchestra” approach to live performance. He is a distinguished musician who has successfully conquered music from both the artist and technological perspective, and pioneers the meeting of the two in performance and the recording studio.

Bill has gained national recognition for his skills as a bassist and under his talented fingers he has performed with national and international acts throughout the world.

Bill Purse plays this unique instrument in electro-acoustic and acoustic settings. He has appeared with the Washington Symphony as a featured soloist where he performed two works 1: Concerto for Theremin and Orchesta, On Themes from Dr. Who – Main Them, Doomsday arr by Andrew Adams, World Premiere, I Am the Doctor; Overture to Out of the Air by Lynn Emberg Purse (from an opera on the life of Leon Theremin) conducted by Yugo Ikatch. Bill has also performed his piece, Reappearance (arr by Ronuel Viera), with the Duquesne University Electronic Ensemble. Listen to Bill play theremin on Reappearance above.

Dr. Who Concerto for Theremin arranged by M. Gold and A. Adams. Performed with the Washington, PA Symphony conducted by Yugo Ikach

Out of Air Overture by Lynn Emberg Purse. Performed with the Washington, PA Symphony conducted by Yugo Ikach

Bill Purse is a composer of contemporary works for symphony orchestra, symphonic wind band, large jazz ensemble, solo and chamber instrumental works. He has creatively written music from both the acoustic and electronic perspective, and gained wide recognition for his compositions that are musical interpretations of his Western Pennsylvania home.

-Laff In The Dark & Turtle Reprise (8th and 9th Movements)