Bill Purse has produced and released CDs of original music, including Catch 22’s Reappearance and Sly on Life, solo CDs Sonic Art and upcoming In The Loop and Aergo’s Free. Purse produced numerous critically acclaimed CDs including five submissions for GRAMMY Nominations for his work for Pierian and Alana records. In addition his Barbara Nissman recordings of Recital Favorites recordings are placed in the prestigious BBC Sound Archives. 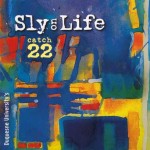 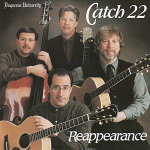 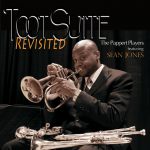 Bill has received terrific reviews for his work for Barbara Nissman and Pierian Records:

RECITAL FAVORITES VOL. 4 • Barbara Nissman has Pierian label’s Karl Miller and Bill Purse to thank for recording all her work with uncompressed dynamics. For optimum benefit increase your volume. The Steinway’s bass sounds amazingly rich. Instead of ear fatigue from tinny hollow sound you will enjoy Nissman’s lively colours produced with honest and spacious sound as though hearing it from her piano stool.New Zealand Listener , Ian Dando  (July 2010)

RECITAL FAVORITES VOL. 5  My best advice is try these tracks and if you are happy with her tempi, buy, as it is in general, fine repertoire, fine playing and vividly realistic sound engineering free of dynamic compression, that bête noire of modern CD sound.New Zealand Listener , Ian Dando Dando  (July 2011)

RECITAL FAVORITES BY NISSMAN, Vol. 8 • Barbara Nissman (pn) • PIERIAN RECORDING SOCIETYOne final note: On the back of the CD it says, “No compression has been used in this recording. Therefore, to capture the full frequency range one must listen at a higher than normal dynamic level,” but I find that I don’t have to turn up the volume very high. In fact, the engineers seem to have accomplished a small miracle in that they managed to record the piano in such a way that, if you listen through headphones, you can actually hear the upper end of the keyboard through the right channel while the bass is in the left, with the middle of the keyboard spread through the center. Any way you approach it, this is one remarkable recording.FANFARE: Lynn René Bayley  (July, August 2012)

RECITAL FAVORITES BY NISSMAN, Vol. 7 • Barbara Nissman (pn) • PIERIAN RECORDING SOCIETY. On top of all this, her engineers, Bill Purse and David Barr, have done a superb job of creating (or reproducing) a creamy, “natural” piano acoustic. This has to be one of my records of the year.Classical Net Review, Steve Schwartz.

RECITAL FAVORITES BY NISSMAN, Vol. 5 • Barbara Nissman (pn) • PIERIAN RECORDING SOCIETY Once again, I’d like to single out Nissman’s production team: producer, recording engineer, and editor Bill Purse and piano technician David Barr, a wizard of the Steinway D. The piano tone has great depth and creaminess without sounding muffled. This is one of the best-recorded piano discs I’ve ever heard – simultaneously rich, spacious, and natural. What will these folks do next? I’m told a “Diabelli” is in the works. I’m getting anticipatory chills.
Classical Net Review, Steve Schwartz

RECITAL FAVORITES BY NISSMAN, Vol. 1 • Barbara Nissman (pn) • PIERIAN RECORDING SOCIETY In addition to the considerable attractions of Nissman’s playing, I should also mentioned that all this music has received superlative recording. Nissman’s Steinway D sounds deep, bright, and, when called for, flexible. Her collaborators, producer and recording engineer, Bill Purse, and her piano techie, David Barr, get prominent mention, as they should.
Classical Net Review, Steve Schwartz.

Bill Purse is a master of artistry through recording and provides the engine for many contemporary artists CDs.  His contemporary works include “The Four Elements EP” by Lynn Emberg Purse, and “On Fire” by Amanda Ford (Alanna Records) GRAMMY nomination submission for Producer. 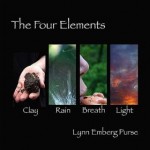 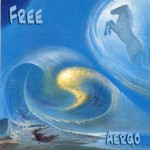 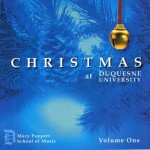